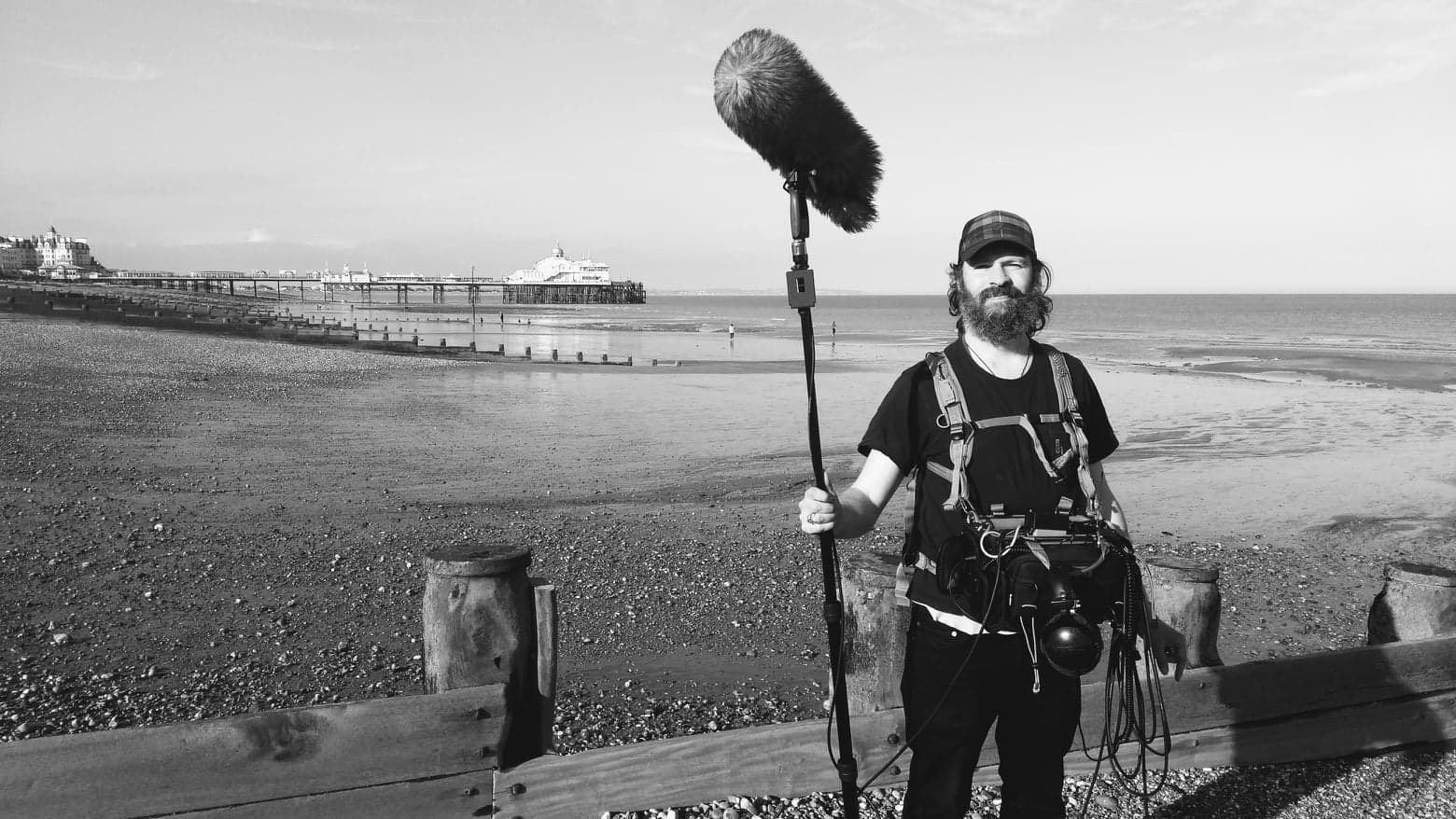 Hi! I’m Len Usselman, a production sound recordist living in Essex and working across the world. I had the pleasure of working on Tremor at the Edge of Vision an onsite immersive experience at Estuary 2021. Let me tell you a little about it and my recent work.

How did you become involved in this project?

I got a call from Michaela Freeman at Metal to ask if I could get involved in capturing the sound for a 360° filming project. I’d worked with Colette and Michaela on creative projects before, so they knew the technical and creative challenge this one posed was right up my street.

On a 360° film conventional sound recording is impossible because there is no “behind the camera” this meant we had to rely on radio microphones. But as we were outside, and we all know what the weather has been like of late, the actors were wrapped up in big coats and clothes which at times made the sound quite muffled.

Creative Estuary is working to develop the creative industry cluster in the Thames Estuary – how did you come to run your business in the Estuary?

The Estuary is my home. It is where I am raising my family as well as running my business and developing my craft. From here I can get to London and then anywhere in the world with relative ease. I can be local and global. It’s a sensational place to live and work.

Hahaha! Well, because we had to be out of sight as there was no “behind the camera”, I had to lie in a bramble bush to not be picked up by the camera! What then made this more complicated was that, because we were in a public space and the world was carrying on around us, a dog appeared. I could hear it but as I had to stay out of sight and be silent, I couldn’t move to see exactly where it was or how it was. Not a creative or technical challenge, but certainly one I hadn’t expected.

How many people have been involved?

Around 20 people, including my son!

Yes and no. When I was studying music production I realised the power of sound. I got hold of equipment and started to record real sounds and manipulate them before adding them into music. Sound design meant I was both technical and creative.

How do you describe what you do to your friends and family?

My kids think I have the best job because I get to work with some of the biggest organisations in the film and gaming industries. My wife thinks I have a career in leaving transport boxes filled with sound equipment in her way!

In its simplest form, I tell people that I record sound for film, ads, gaming and art projects. But it’s not until there is a bad recording, you’ll remember the stories of mumbling and muffled sounds on period dramas, that what I really do comes to the fore.

Have you always worked within this type of role?

Yes, but my type of role can appear in some unexpected places.

The main highlight in this project for me is that I can be a part of something on my doorstep and that will help people who experience the film immerse themselves into the environment. It’s not just a film.

My work is very varied; it’s one of the things I enjoy about it. Other projects I am working on include the recording of a quiz show where contestants are riding a rodeo bull simulator, a horror film in production in Kent, an advert for a protein supplement company and a public service announcement to encourage the BAME community to have the Covid-19 vaccine. Like I said, varied! 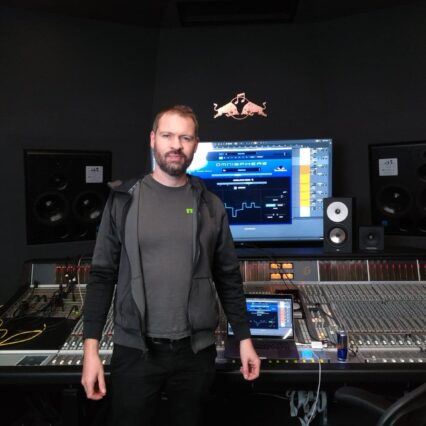 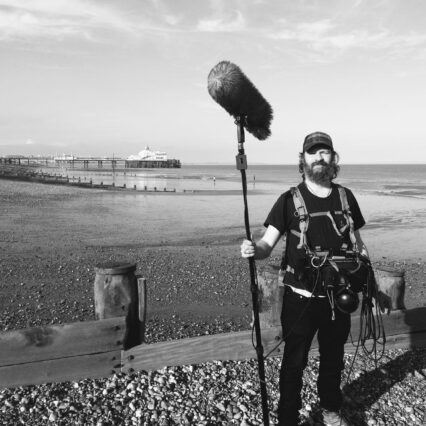 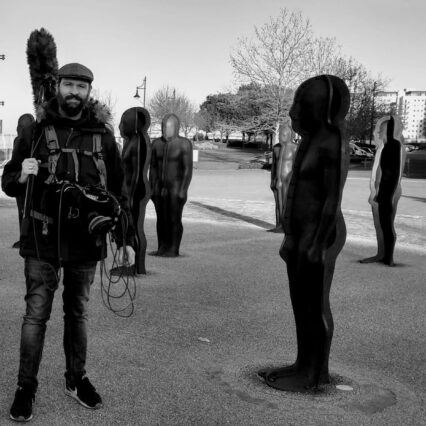 Working on a film near the Thames
Back
Next

Applause Rural Touring has teamed up with Creative Estuary and Mercury Theatre to provide seed funding for the development of new creative works to seven artists.